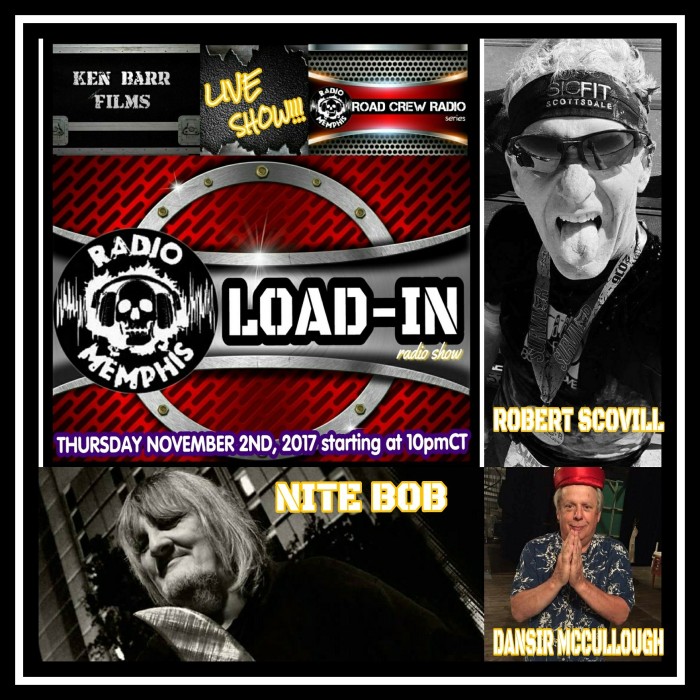 The “RADIO MEMPHIS LOAD-IN” is a 2-hour LIVE SHOW that’s happening on the FIRST THURSDAY of EVERY MONTH starting at 10pmCT/ 11pmET ONLY on Radio Memphis!!!

THURSDAY NOVEMBER 2nd, 2017 we chatted with THREE sound engineers, who together… have probably engineered and mixed the live sound for damn near all of the ROCK INDUSTRY as you know it. Dansir McCullough…. Robert Scovill and Nite Bob sat down together for a LIVE CONVERSATION with D….

Did you miss it? Catch the show right here.