Trumpet player and founding member of The Bar-Kays, Ben Cauley has passed away. He was 67.

Ben Cauley was one of the key players in the Memphis music sound coming from Stax in the 60’s. The Bar-Kays put that sound and the city of Memphis on the map. But there is more to the story.

10 December, 1967, just days after recording Dock Of The Bay at Stax, Otis Redding and Bar-Kays members; Ben Cauley, Jimmy King, Phalon Jones, Ronnie Caldwell and Carl Cunningham got on a Redding’s plane in Cleveland, Ohio bound for a show in Madison, Wisconsin. Several miles from their destination, the plane crashed in Lake Monona. Ben Cauley would be the sole survivor.

Over time, Cauley and James Alexander reformed the Bar-Kays to continue work at Stax.

In 1989 Cauley suffered a stroke and eventually would make a full recovery.

On 6 June, 2015, Ben Cauley was inducted into the Official Rhythm & Blues Music Hall of Fame in Clarksdale, Mississippi along with other Bar-Kays.

Ben Cauley passed late Monday night, 21 September, 2015 at Methodist South Hospital where he was being treated for ongoing health issues.

Maybe Robert Tilton CAN Be Redeemed

The Sandwich That Could Have Killed Elvis 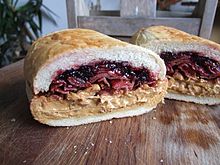