As Heard: Dinosaur Chickens, Then It Gets Weird

Thanks to genetic engineering, scientists have been tinkering with chicken embryos to re-create a certain dinosaur, namely the famed Tyrannosaurus Rex. To be fair, the common chicken we know today is a direct relative of the big lizard. Their bone structure proves that theory.

In the past, Chilean scientists manipulated chicken embryos to put reptilian snouts on them. Now, other scientists have expanded on that work to give these chickens dinosaur legs. To be fair, chickens already have dinosaur legs. The difference here is the new legs are nearly identical to the legs found in fossils of the Tyrannosaurus Rex. Why do this?

Basically, the answer lies with trying to understand how these creatures evolved. Through this reverse evolution, we might gain a better understanding how these dinosaurs lived. Granted, their is a key difference between the chicken ad the thunder lizard in that T-Rex had a substantial tail. This would certainly affect the walk or run. To study that, scientists didn’t genetically add a tail, they did the next best thing. They stuck a small plunger on the butt of a chicken.

Scientists are still figuring out the tiny Trump-like hands of the Tyrannosaurus Rex. It is thought, these hands were in the process of evolving into wings. Which explains a chicken’s small wings. Sort of pointless. Tasty and pointless.

As Heard: Ninja Caught On Camera 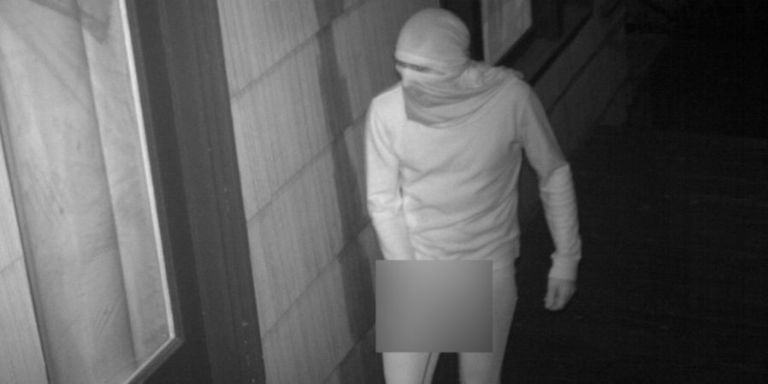 As Heard: A Suit For Your Horse