As Heard: Frat Party So Big, Even The Ambient Air Was Drunk

These two geniuses are in some serious trouble with the law in Maryland. Pi Kappa Alpha fraternity hosted a bash where some 100 under aged drinkers were cited. 21 year old Jamieson Tymann (left) and Tyler Steinhardt, 22 are the organizers of this epic throwdown.

When the cops were called, Tymann allegedly punched a police officer in the chest and in the eye, as some frat boys would do in these circumstances. He was upset after an officer repeatedly asked him to leave the party. You can imagine how that conversation went. The fourth year student and President of the Pi Kappa Alpha frat was then dealt with by the police.

Meanwhile, Steinhardt, who the frat house is leased to, now faces 110 counts of providing alcohol to minors.

When the police arrived, they saw two young men carrying an intoxicated 18 year old woman to an Uber car. She was then taken to the hospital for alcohol poisoning.

Inside the house, sources say the placed was trashed. Beer was seeping through the ceiling into the basement. Police found 200 partiers just on the first floor. Another 50 to 75 were “hiding” in the garage. Meanwhile, underage drinkers were hiding in closets, under beds and anywhere they could find when police came in. Police say the house was so packed, they estimated the air temperature to be 100 degrees.

Alcohol was so abundant, a preliminary breath test (without any one breathing into the machine) registered .09, just in the ambient air. That is above the legal level of intoxication for a Maryland driver.

Now THAT is a party.

As Heard (Update): Erin Andrews Gets A Big Check 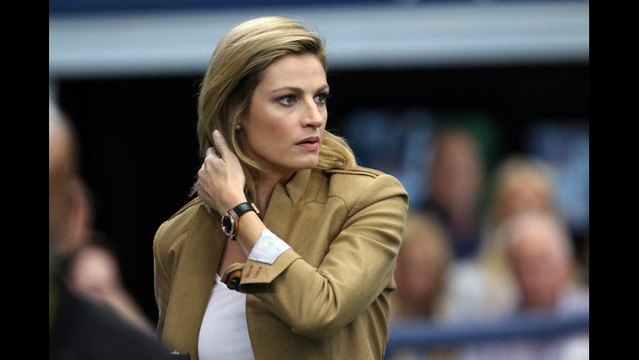 This Is What Happens When The Internet Is Controlled